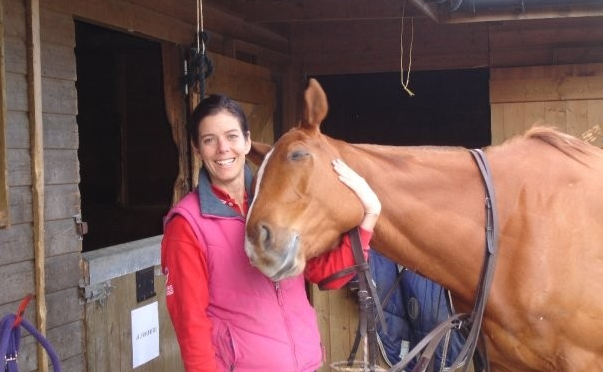 Maybe the vet has told you that there is nothing more he/she can do to help, or natural horsemanship techniques aren’t working out as well as you had hoped.  When the things we’ve already tried aren’t producing results, searching for a new solution makes sense.  The question that follows is…”What else can I do for my horse?”

Some people look into alternative options which can mean some very old ideas.  Healing with crystals is an art form that’s thousands of years old and is known to have been practiced by ancient Egyptians, American Indian shaman, as well as many indigenous tribes around the world. Crystals are powerful tools.  Each one has a specific chemical composition which gives it a consistent vibration
like that of a musical note.  It’s the frequency of this energy that is
helpful to bring the body back into balance and promote the self-healing process.  Examples of crystals would be stones often used in jewelry such as rose quartz, amethyst, calcite, diamond, peridot, tourmaline, turquoise, as well as countless others.

Horses are treated for a variety of reasons from illness & injury to
behavioral problems.  While working with crystals, I combine learned  technical knowledge with the intuitive practices of spiritual healing,  shamanic techniques, and animal communication.  Healing for animals and humans is a very similar process as both have an aura or energy field that relates to mind, body, & spirit, surrounding the physical body.  It’s within this energy field that the cause of  ‘dis-ease’ is addressed.  Quite often when I am working with an animal the owner also receives healing, especially in situations that take place between the horse and rider.  Healing is not a substitute for veterinary care it is meant to be used along side medical treatment thus making it a complementary therapy.  The purpose is to promote well-being and speed up the recovery process.

What happens during a session?  After discussing the clients needs, I
prepare by attuning to act as a conduit for spiritual energy.  It’s
important to have the consent of the animal so I always ask if they would like my help.  I’ve occasionally encountered animals who did not want help, but it’s very rare.  In such cases I can work with the owner to address things from the human side but I do not interfere with the animal.

The next step is to intuitively assess the the energy field and find
which areas need to be rebalanced.  It’s from the assessment that I choose which crystals would be harmonious for treating the condition.  Two different animals could have the same condition but a deferent cause.  It’s the cause that I am addressing with my choice of crystals and techniques.  Crystals are placed around the horse and then activated by my intention to provide healing.  While a horse receives healing he or she will usually start to show signs of deep relaxation.  As energy blockages are being released, you will  frequently see them lick and chew, give a deep sigh, and or eliminate waste.  How deep the horse goes into the state of relaxation depends on his nature.  Some are quite comfortable with treatment but I have often found that highly strung animals take a bit longer to relax or will take shorter amounts of healing at first.  The effects of the healing sometimes take a while to process but generally
have a long lasting effect.

To give you a better idea of how people have used healing for their
horses, the following are examples of cases that I’ve worked on.

I’ve treated many horses that were suffering from colic.  One was in the care of a vet for 10 days and about to be euthanized when I worked with her.  She had a crystal healing and within an hour her problem had been alleviated.  Both the owner and the vet were thrilled to have her on the mend.

Marcella is a standardbred race horse who was preforming, and behaving very poorly.  She was found to have ulcers in her mouth.  I gave her healing and the vet addressed the dental problems that were troubling her.  She was back to work in a short time and doing very we’ll after that.

A paint horse had and injury to her hind leg.  It was swollen and she had trouble walking. The day after receiving healing the swelling subsided significantly and within a couple of days she was sound again.

I have done healing on mares who were preparing to conceive so the mare would settle, and the pregnancy would go more smoothly.  One mare had treatment because she slipped her first foal late term and they wanted to help her have a successful second pregnancy. She delivered a healthy foal the following year.

I have also been asked to work with a nervous surrogate mare.  They wanted to help calm her and communicate to her that she would be separated from the friend she shared a paddock with for a while,  but would return after the baby was born.  That situation went really well, as both mare and foal were happy and healthy.

An English New Forrest pony had a habit of dumping his rider on the ground.  Each time his rider was injured he would be turned out to pasture for months at a time.  He was started at four years old and at nine years he was almost unrideable.  She had the vet examine him but they didn’t find any physical condition or injury that would lead to this behavior.   She hired a new trainer to help resolve the problem – and after a few rides, the trainer brought me in to help.  While I was working with the pony, his owner perceived the energy that he was receiving.  It turned out she is a Raki practitioner (another type of energy healing) and very sensitive to subtle energies.  After treatment, he started to make significant  progress. Several months later, she felt that the training had stalled and she was having trouble feeling safe on him.  So then, they both had healing.  I worked with her in separate healing sessions.  She felt that the crystal healing had helped her release deep feelings of guilt about situations in her family life that tied into her not feeling worthy of enjoying her horse.  From the time of that release, things really picked up for both of them.  He went on to be enjoyed as an all-around horse and in recent years he occasionally enters
competitions with other riders.  He is very happily still  with his owner.

A man who has an andalusian stallion was having trouble with confidence while riding his horse.  We did some healing work and he felt much more secure in his abilities.  This lead him to ride more often and thoroughly enjoy his horse.  He felt this confidence carry over into other areas of his life.

A trotting race horse was being retrained into a riding horse.  Our first session was to prepare him for his move from his original home in Austria to his new stable in Switzerland.  He had always been a poor traveler and would lose significant amounts of weight in the trailer, so the healing was to help prepare him to travel.  Later, I helped work with them on a practical level to teach him to canter, first on a lunge line, then under saddle.  Over time this same horse would come up with all kinds of drama and physical injuries when his owner was experiencing too much stress in her life.  It was interesting to watch his patterns in relation to her life and to help her learn to manage the stress.  These two have a very close relationship and many adventures together.

Horses can take time adjusting to a new home – not to mention, a new country.  I have worked with horses who arrived from South America or New Zealand during English summer with a full winter coat.  These horses are known to frequently under-perform the first season that they arrive.  Healing helps them to adapt more quickly. 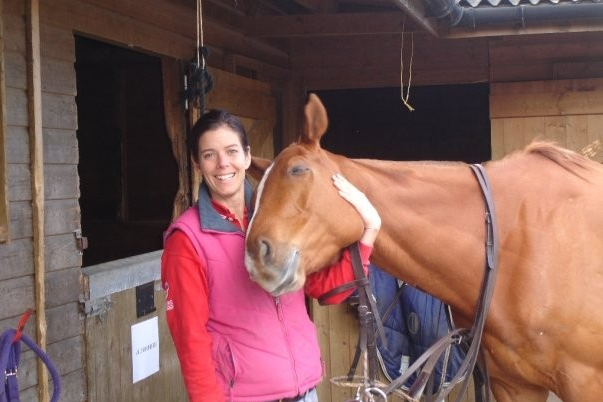 My love of horses began with my first ride at 9 years old.  As a junior I competed in equation,  followed by combined training on the college riding team, and for the last 10 years it’s been playing and training polo ponies.   I believe the experience of owning, caring for, and competing with so many horses has given me a very deep understanding of the dynamics between horse and rider.   I’ve always been sensitive, but before  working as a healing practitioner for others, I completed a 2 year diploma  course at the Vibrational Healing Foundation (London), followed by another 2 years of advanced training.  I am accredited with the British Allience
of Healing Organizations.  If you would like more information about healing you can have a look at my website for The Equestrian Healing Service.